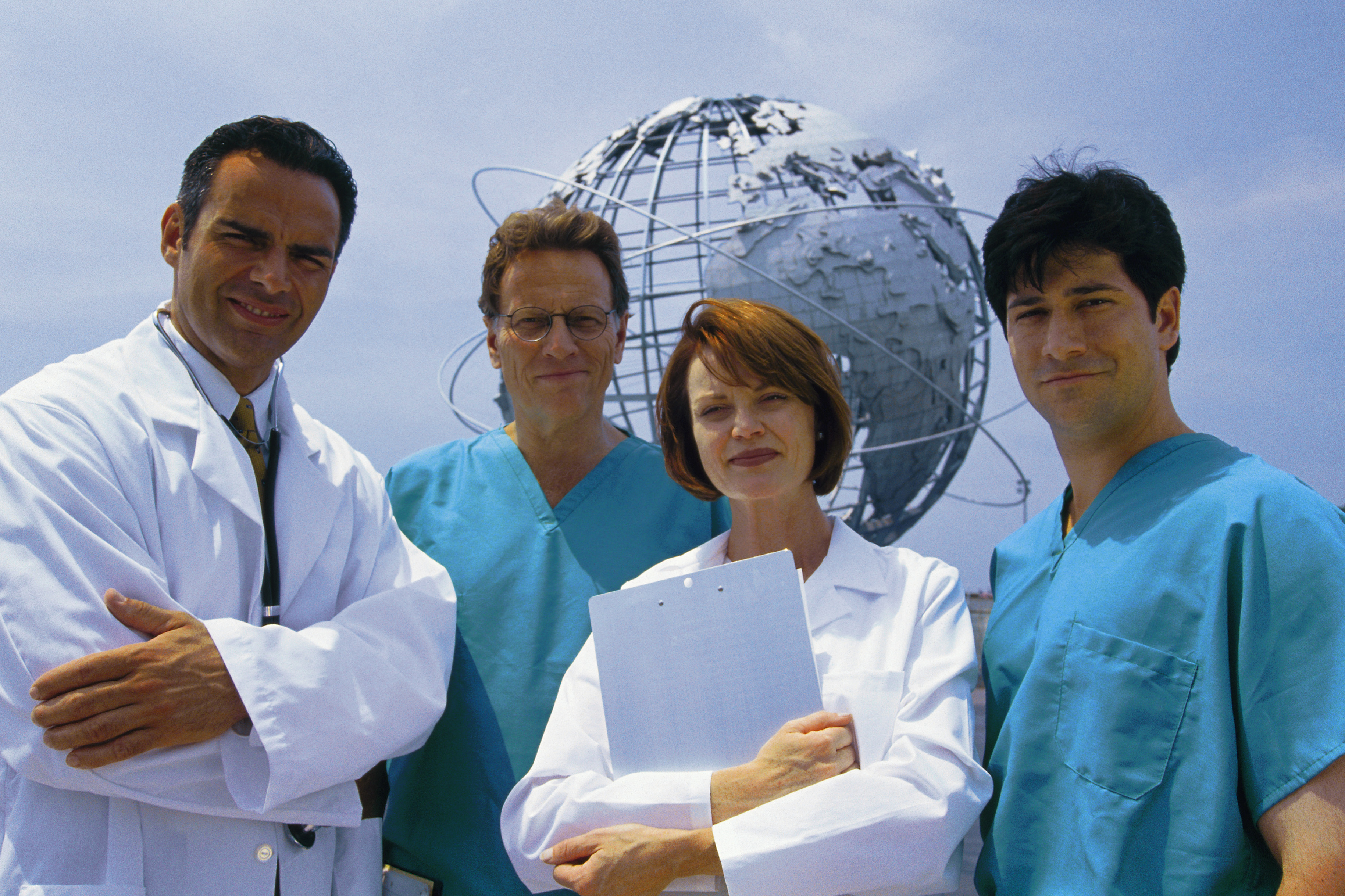 Results of a study said to be the first population-based research to estimate human caffeine intakes in more than 10 years suggest that overall mean caffeine intakes in the United States remain driven by the consumption of coffee and, to a lesser extent, tea and carbonated soft drinks. Diane Mitchell, at al., "Beverage Caffeine Intakes in the U.S.," Food and Chemical Toxicology, November 1, 2013. The study, which analyzed data from seven-day diet records of 37,602 Americans, indicated that caffeine intakes from so-called energy drinks-shots and beverages -- contributed "minimally," or less than 2 percent, to total caffeine intakes.

The study showed that the greatest proportion (9-10 percent) of caffeinated beverage consumers consuming energy drinks were teenagers (13-17 years old) or young adults (18-24 years old); only 5 percent of total caffeine intake, however, was attributable to energy drink consumption in these groups. Meanwhile, the mean daily intake of those who did consume caffeine was 165 mg/day and mean intakes were highest in the 50-64-year age range at 226 mg/day. According to the study, even the heaviest caffeine consumers were not drinking huge amounts; intakes at the 90th percentile from all caffeinated beverages were slightly above 400 mg/day for adults age 35 years and older. Although the United States has no specific recommendations for caffeine intakes, the U.S. Food and Drug Administration has indicated, that for healthy adults, caffeine intake up to 400 mg/day is not associated with adverse health effects.

The U.S. Food and Drug Administration (FDA) has announced that "in the interest of efficiency and as a convenience to dietary supplement manufacturers, packers and distributors, as well as the public at large," it will now accept voluntary and mandatory dietary supplement adverse event reports via its new online portal. The agency notes that with more than 85,000 dietary supplements on the market and no product-specific registration requirement, adverse event reporting is "invaluable" in identifying harmful products and "critically important" in protecting consumers' health and safety.

For mandatory reporters, other than a new electronic alternative to the MedWatch 3500A paper form, the announcement does not change existing reporting requirements, and the agency will continue to accept paper 3500A and 3500 forms. Noting that anyone can submit a voluntary dietary supplement adverse event report (3500 form), FDA encourages physicians, in particular, to file voluntary reports when their patients have experienced adverse events associated with dietary supplements. FDA has sent letters to all dietary supplement manufacturers, packers and distributors encouraging them "to use the new capability and detailing its benefits." See FDA News Release, January 13, 2016.

$4.2 million paid to man harmed by supplements with Anabolic steroids

According to a news source, a man who claims that his kidneys and liver were destroyed by a dietary supplement produced through small-batch production using imported ingredients, has settled with the manufacturer, distributor and retailer for $4.2 million. Lineberger v. Max Muscle Mktg., Inc., No. 30-2010- 00423797 (Cal. Super. Ct.). The “Epio-Flex” supplement that the plaintiff purchased was later allegedly found to be made with two prohibited steroidal compounds—Madol and Superdrol.

The Anabolic Steroid Control Act of 1990 reportedly contains a loophole allowing chemical suppliers to adjust their compounds slightly to circumvent the prohibition on any compound that mimics the effects of testosterone. The U.S. Food and Drug Administration (FDA) has apparently found an “alarming variety” of ingredients in body-building supplements, which ingredients are the same or similar to those active in FDA-approved drugs. Some over-the- counter dietary supplements have been found to contain, in addition to steroidal compounds, beta blockers, anti-coagulants, anti-convulsants, and nonsteroidal anti-inflammatory drugs. See Law360, February 3, 2016.

The Wasabi You Eat Probably Is Not Wasabi

Most of the time, the wasabi you get served in a restaurant or buy in a store is fake. It's actually horseradish that is colored green. Why? Well, wasabi is a notoriously difficult plant to grow. In fact, it's considered the most difficult plant in the world to farm commercially. Yet for the past century, the Daio Wasabi Farm in Hokata, Japan, has been growing it successfully with natural spring water from nearby mountains.

Blue Planet will be providing DNA testing of wasabi in the near future, as well as seafood and related products to help assure you are getting what you are paying for.

As said, Wasabi is very difficult to grow. It requires humid and cool conditions, such as mountain streams. There is a successful farm in Oregon. Also it needs magnesium in the soil. Epson salts are a source of magnesium should one be trying to grow it. Also research how to prepare it, as it maintains is flavor for only 15 minutes after it is ground and exposed to air. It should be ground on an appropriate grinder. The traditional method is with shark skin grinders.

Be aware that what's billed as "wasabi" in many restaurants -- even expensive ones -- in both the U.S. and Japan is actually a mix of horseradish, mustard and green food coloring. Indeed, it is entirely possible that even if you are a lifelong sushi eater, you've never actually had wasabi! The tell-tale sign of the fake stuff is a uniform lime-green color. Real wasabi paste is a variegated mix of light-green and white particles that are relatively coarse. Its flavor is far more sophisticated than that of fake stuff -- a subtle interplay of spicy "heat" and vegetable/earthy notes.

In a class action of importance to producers, marketers, and sellers of homeopathic products, on Friday, September 18, 2016, a federal jury in the false advertising trial of Allen, et al. v. Hylands, Inc., et al., Case No. 2:12-cv-01150 ("Hylands") took less than a day to find defendants did not breach any express warranty or violate the California Consumer Legal Remedies Act, California Civil Code sections 1750 et seq.

The putative class plaintiffs sued defendants Hylands, Inc. and Standard Homeopathic Company alleging they made false and misleading representations about the effectiveness of the active ingredients in 12 homeopathic products produced, marketed, and sold by the defendants throughout the United States.

Homeopathic products are derived from botanical, mineral or biological substances and are classified as either over-the-counter (OTC) or prescription medicines. In contrast to conventional (allopathic) medicines, homeopathic remedies are predicated in part on the "principle of dilutions" under which active ingredients are thought to be more clinically useful or effective when they are significantly diluted, typically with purified water or an alcohol solution.

Homeopathic remedies and their packaging are not reviewed by the Food and Drug Administration ("FDA"). Homeopathic remedies, however, are classified as drugs under, and subject to, the Food, Drug, and Cosmetic Act, and thus, must comply with the labeling requirements of the Act. The FDA has stated that it is not aware of any scientific evidence that homeopathic products are effective.

Back in August 2014, a California federal district court judge certified a nationwide class of purchasers of 10 of the products covering February 2008 to the present. The plaintiffs claimed defendants' 12 homeopathic products, including some intended for infants and children, did not work as advertised because they were so diluted that the ingredients were "effectively non-existent" and the products were therefore not effective for their intended uses. The plaintiffs also alleged the homeopathic products labeling claims of "100% Natural," "All Natural," and "Natural" were untrue as the products purportedly contained synthetic chemicals, synthetically derived or chemically reduced elements, artificially produced elements, and/or dangerous or potentially dangerous ingredients.

The trial in Hylands spanned approximately two weeks and included expert testimony from both sides. Plaintiffs' expert, Dr. Noel Rose, the director of John Hopkins' Center of Autoimmune Disease Research testified as a medical expert, having reviewed materials provided by the plaintiffs' counsel, as well as his own research into clinical and compilation studies, expert reports, published journal reports and the Hyland's products and their labels. Dr. Rose stated, "[In] my opinion, there is no sound scientific or medical evidence that they provide any benefit to patients with medical conditions, such as those described and indicated on the labels, beyond the placebo effect."

Defendants kicked off their defense by calling Dr. Iris Bell, a former Harvard psychiatry instructor and holder of a doctorate degree from Stanford University in neuro- and biobehavioral sciences who has consulted with Highlands, Inc. to design clinical trials. Bell testified about her scientific studies in multiple chemical sensitivity and homeopathy, including how "nanoparticles" and "nanobubbles" can have an effect in biological cells. Dr. Bell opined, "It is very clear that nanoparticles in low doses are capable of capable of creating hermetic effects…similar to vaccine." Dr. Bell explained how "hormesis" is a medical principle that describes how small doses of a substance can trigger the opposite effect of high doses of the same substance.

Although the plaintiffs initially sought full refunds worth $350 million, plaintiffs' counsel wrapped up closing arguments with a demand of $255 million for allegedly tricking consumers into purchasing "simple sugar pills" that provide no medical benefit. The jury of six women and three men did not agree, and needed less than a day to deliberate.